Hand-picked and whole bunch pressed, the juice was separated into two parcels at pressing. The first, free-run juice was sulphured up to retain the bright fruit flavours, cold settled using enzyme then cool fermented in stainless steel with a selected yeast strain. Following this, the light pressings were filled directly to an old puncheon that was allowed to undergo ferment with wild yeast on full grape solids. At the completion of ferment, the puncheon was topped, both parcels were sulphured to prevent malolactic fermentation and matured on lees without stirring for 6 months. The parcels were then blended, stabilised and filtered prior to bottling.

Punchy, minerally and aromatic, this delicious white varietal from Galicia in Spain’s cool northwest (or perhaps across the border in the northeast of Portugal where is is known as Alvarinho), offers up beautiful citrus blossom, honey suckle and flintstone characters with mouth-watering texture and freshening limey acidity.

“With each release, these 2 talented winemakers work hard to unravel the Spanish grape’s great mystery, not to mention suitability to our soils. They come mighty close in 2021, delivering a complex and aromatic wine of some beauty. Honeysuckle, lemon, pithy grapefruit, honeydew melon and touch of preserved lemon savouriness join a fleshy, mealy texture and spiced palate. Utterly attention grabbing, not to mention, delicious.”

Following on from the launch of the Albarino earlier this year, we are excited to announce the release of a new wine from the Anderson & Marsh partnership. The 2019 Anderson & Marsh ‘Parell’ Tempranillo is a collaboratively made wine from low yielding fruit grown by Brien Lewis in Merriang South. Split into two parts at harvest, half was made by Jo and the other by myself before reuniting the two prior to bottling.  It is a gorgeous wine reflecting two different approaches to winemaking and bringing together the best of both worlds. It is a tiny parcel so move swiftly to ensure your share.

“It is deeply coloured and highly complex with layers of tar, cocoa, boysenberry, cedar and spice with excellent concentration and also tension. The wine has impact and density, unlike many more fleshy and supple Australian Tempranillos. It is then bone dry and tannic in the mouth with balanced acidity in a muscular style with flavours of bitumen to add to its savoury personality. Great length and structure will see this wine evolve for some time but right now it is delicious with a well-cooked lamb rack.”

The inaugural release of this classic Spanish white variety from the Anderson & Marsh partnership (aka Eleana Anderson of Mayford and Jo Marsh of Billy Button Wines). Both Eleana and Jo have an affinity for the famous Spanish red variety Tempranillo, which they make under their individual brands. When the first true Albarino fruit became available in the North East they were both very keen to have a play, and so ‘Parell’ was born. A Tempranillo will join the Albarino in this range with the 2019 vintage. Parell is a Galician term for pair, referring to both the winemaking duo and the two Spanish varieties.

Picked in the cool of the early morning, the juice was separated into 2 parcels at pressing. The first, free run juice was sulphured at pressing to retain the bright fruit flavours, cold settled using enzyme then cool-fermented in stainless steel with a selected yeast strain. Following this, the ‘midcut’ was filled directly to an old puncheon that was allowed to undergo ferment with wild yeast on full grape solids. At the completion of ferment the puncheon was topped, both parcels were sulphured to prevent malolactic fermentation and matured on lees without stirring for 6 months. The parcels were then blended together, stabilised and filtered prior to bottling.

Aromas of waxy lemon, crunchy pear and white nectarine with a touch of salty seabreeze. The palate is crisp and refreshing with hints of spice and a touch of creamy complexity. 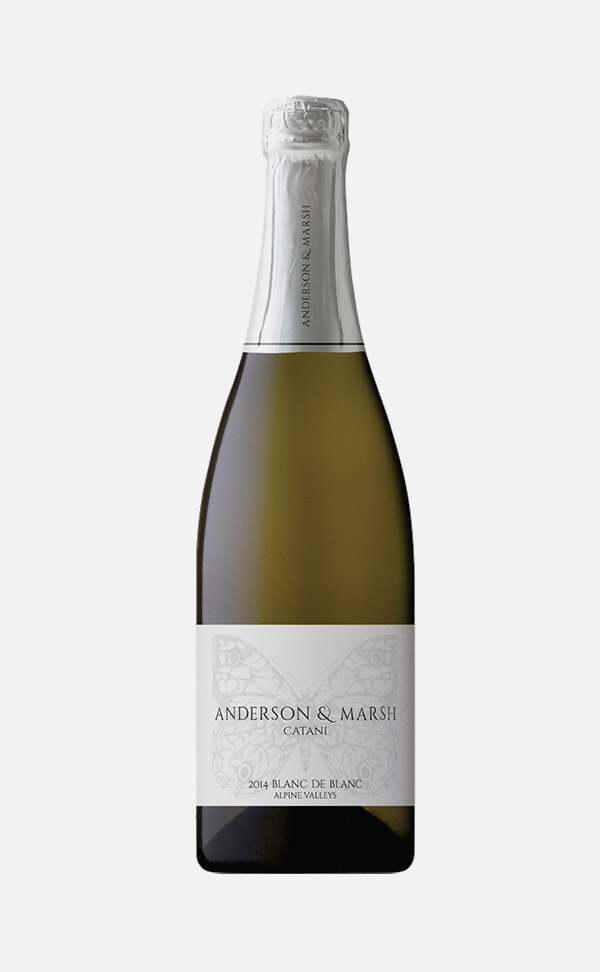 The inaugural release of this ambitious sparkling from the Anderson & Marsh partnership (aka Eleana Anderson of Mayford and Jo Marsh of Billy Button Wines) comes five years after its inception.

Intended to emulate the fine, racy, pure styles of Blanc de Blanc that they have always enjoyed, the pair sought out the coolest sites in the region. Premium parcels of hand-picked Chardonnay were selected from the Mayford and Dalbosco vineyards in Porepunkah at the cool southern end of the Alpine Valleys wine region in Victoria’s mountainous north east. Naturally, a traditional method of bottle fermentation was the only option considered.  With such a fine, taut style the pair knew that a long lees maturation in bottle would be paramount to develop complexity and texture.

The two vineyards were hand-picked by the winemakers and vinified separately.  Both parcels were gently whole bunch pressed with minimal sulphur additions to juice followed by cold-settling overnight.  The juice parcels were then racked with the inclusion of light, fluffy solids. The Mayford fermented naturally while the Dalbosco parcel was inoculated with a Champagne isolate yeast. At the completion of ferment both parcels were left on yeast lees for 6 months.  Partial malolactic fermentation was utilised to introduce complexity but arrested to retain natural acid levels. The parcels were then blended, stabilised and tiraged. A portion of base wine was set aside as reserve wine for use in subsequent vintages. The wine was matured on tirage for 50 months in wooden bins prior to riddling and disgorging with a low dosage level of 3.75g/L sugar. The wine was sealed with stainless steel crown seal and given a further 6 months bottle maturation prior to release.

Delicate white flowers, citrus blossom and almond nougat aromas lift gloriously from the glass. Freshness and purity abound. Brioche, yoghurt, oatmeal and cooking spices give complexity.  There is an ethereal lightness of step.  It dances on the tongue, with creamy mousse, fine bubbles and focused acid line.  Balance and delicacy to the end.